Scott O’Gorman, who died April 3, 2020 at the age of 87, was a beloved member of the Augmented 8. He sang with the group for over forty years from 1964 to the early 2000’s. Scott was a true bass (basso profundo) with a fierce loyalty to the group and wonderful sense of humor that enriched the lives of all those who had the pleasure to rehearse and perform with him, especially his fellow basses, who shared a special bond. Many will remember his signature license plate which simply read: “OGEEZ” and his fondness for a good cigar. Scott had a passion for singing from an early age and cut his teeth on a cappella ensemble singing at Yale (’55) as a member of the Mad Hatters and then the Alley Cats.

Solos are rare for basses, but Scott was a natural for the Augmented 8’s arrangement of “The Gambler” originally performed by Kenny Rogers and captured in this recording:

Memorial Contributions:
The group is very grateful to his wife, Genny, daughter Kelly, and son Scott Jr. for designating the Augmented 8, and more particularly our Sing Out for Shelter Concerts (SOS) as the beneficiary of tax-deductible memorial gifts in Scott’s name. Donation information and more about SOS can be found here.

The group extends it heart-felt condolences to the family and is honored to share his Washington Post obituary written by his son Scott Jr. and welcome any remembrances in the comment section.

Scott Ellis O’Gorman, 87, passed away peacefully on April 3, 2020 in Greensboro, GA, where he had been living for the past two years at The Glen at Lake Oconee senior living facility.

He is survived by his wife of 63 years, Genevieve (Genny) Schmitt O’Gorman, his daughter, Kelly Carroll (husband Dave and their two sons, Dave and Brandon) and his son, Scott Jr. (wife Melissa and their three children, Jack, Joe and Georgia).

He is preceded in death by his father, John Sherman O’Gorman, his mother, Charlotte Ellis O’Gorman, and his sister, Sharon O’Gorman Glass.

Scott was born in Birmingham, Michigan and attended Cranbrook Schools in nearby Bloomfield Hills, graduating in the spring of 1950. He completed a postgraduate year at Choate Rosemary Hall in Wallingford, Connecticut, graduating in 1951. Scott then matriculated to Yale University, where he met his future wife, Genevieve Schmitt, who was a Smith College student at that time. At Yale, Scott played ice hockey, joined the ROTC, and sang in the Alley Cats, one of Yale’s most esteemed a cappella music groups. After graduating with a B.A. in Economics in 1955, Scott was commissioned as an officer in the “Brown Shoe Army” and stationed at Fort Sill, Oklahoma. Genny graduated from Smith College a year later in the spring of 1956. That June they were married in her hometown of Allentown, Pennsylvania. After Scott was discharged from the army, the couple moved to the Washington, DC area, where Scott enjoyed a successful 37-year career, working in sales management for the HVAC division of Johnson Controls, Inc.

Outside of work, Scott was devoted to his alma mater, loyally supporting the Yale Club of Washington, DC for 15 years, and rising to President of the Club in 1972-73. He pursued his love for a cappella music, singing bass for a Washington, DC-based group called the Augmented Eight. He loved to play sports, and was a fierce competitor on the tennis court and golf course. Scott was a member of the River Bend Club and subsequently the Chevy Chase Club. He was an avid DC sports fan, and held a special place in his heart for his beloved Washington Redskins, whom he referred to as the “Deadskins” when they were losing. He was a life-long season ticket holder dating back to Griffith Stadium days. During the summer, he loved spending time with Genny at their beach house in Bethany Beach, DE. His favorite pastimes there were playing tennis with good friends, boating, and most of all, being on the beach with Genny, his children and grandchildren.

A celebration of life ceremony will be planned at a date to be determined. In lieu of flowers, the family encourages donations be made to Sing Out for Shelter, an award-winning, annual a cappella concert that benefits the homeless; please go to www.augmented8.org/donate 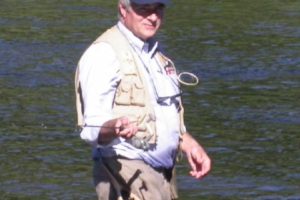 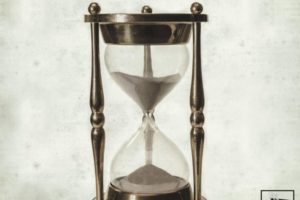 Jun 10, 2018
For those who couldn't attend our 60th Anniversary in 2010, but are still interested in some fine music and memories, we have a fabulous offer: A 2-disc set of our acclaimed 60th Anniversary Photo and Video DVD along with our latest CD release, "Through the Years," for only $10. Act now, and we will add two more CDs, our 2000 and 2005 music releases for only $5 more.