We celebrate the life and mourn the loss of Bill Koplowitz, who died peacefully at home on September 26th. Loving husband of the late Maria Albanese Koplowitz, a cherished brother, father, grandfather and friend to many, we were graced with Bill’s intelligence, wit, humor and generosity for 94 years. 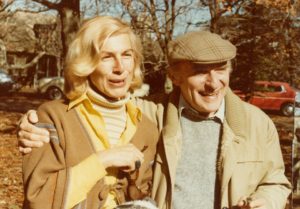 A graduate of Yale University ’45W; University of Geneva, Institute of Advanced International Studies ’48; Johns Hopkins University, School of Advanced International Studies ’49; and the State Department’s Senior Seminar in Foreign Policy ’66-’67, Bill was among the first generation of Jews hired by the Central Intelligence Agency (CIA), where he served as an operations officer, focusing on planning, managing, executing projects and operations that drove political action in Europe, Asia and Latin America. From 1977-1979, as part of his tenure in the CIA, he was on the faculty of The National War College in the National Defense University, where he served as the Director of Intelligence Studies. In that capacity he directed a course on “Intelligence and the National Security Process” and an Advanced Seminar on “Key Intelligence Issues” and co-managed the Core Unit on “International Politics and Strategy.” Described by one of his former colleagues as “a purposeful, sometimes hardboiled aesthete with eclectic tastes and an intense determination to be fair, honest and honorable, and to see all sides of any question,” these were among the qualities that drove his exemplary life. Following his nearly thirty years of service in the CIA as a creative, resourceful and dynamic leader, he joined Citicorp as Director of International Global Public Affairs for nine years. There, his duties included overseeing Citicorp’s sponsorship of the New York Philharmonic Orchestra’s international tour. 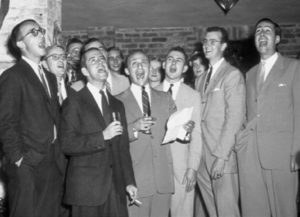 In addition to his keen interest in foreign policy and principled business and governing, Bill was an avid creative artist. He wrote music and poetry; was a founding member (1950) and the first musical director of “The Augmented Eight,” an a cappella choral group located in Washington, D.C.; and a trustee of the Paul Taylor Dance Company. Above all, Bill prized his family and friends. He is survived by his sister, Rosalyn Koplowitz Wykes; loving sons Jonathan; Stephan and his wife, Jane Otto, parents of Sarah Koplowitz; and Daniel, father of Maya, Eliza and Adam; and countless friends, whom he cherished.

A private burial was held in his place of birth, New Britain, CT on September 29th. A celebration of Bill’s life will be held at a later date in New York City. In lieu of flowers, memorial gifts can be made to the ACLU; New York Philharmonic; Jewish World Watch; Anti-Defamation League and the Paul Taylor Dance Company.